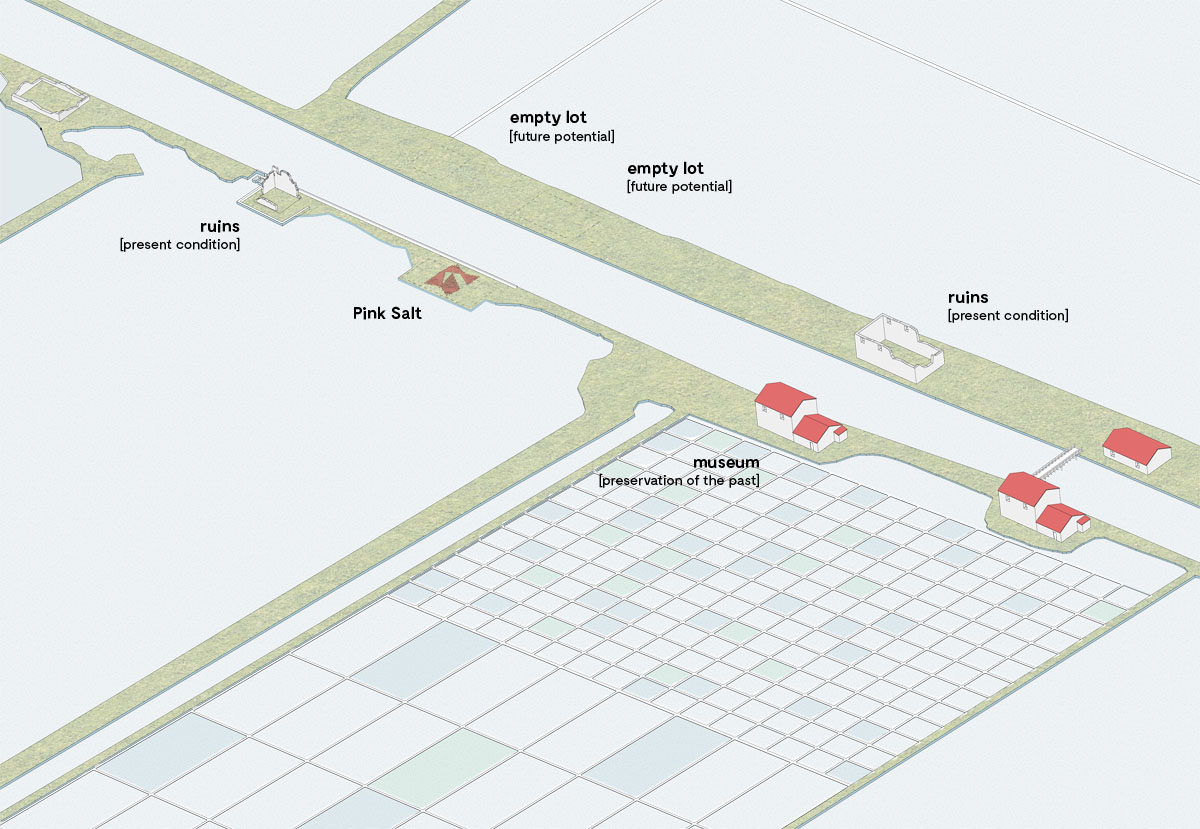 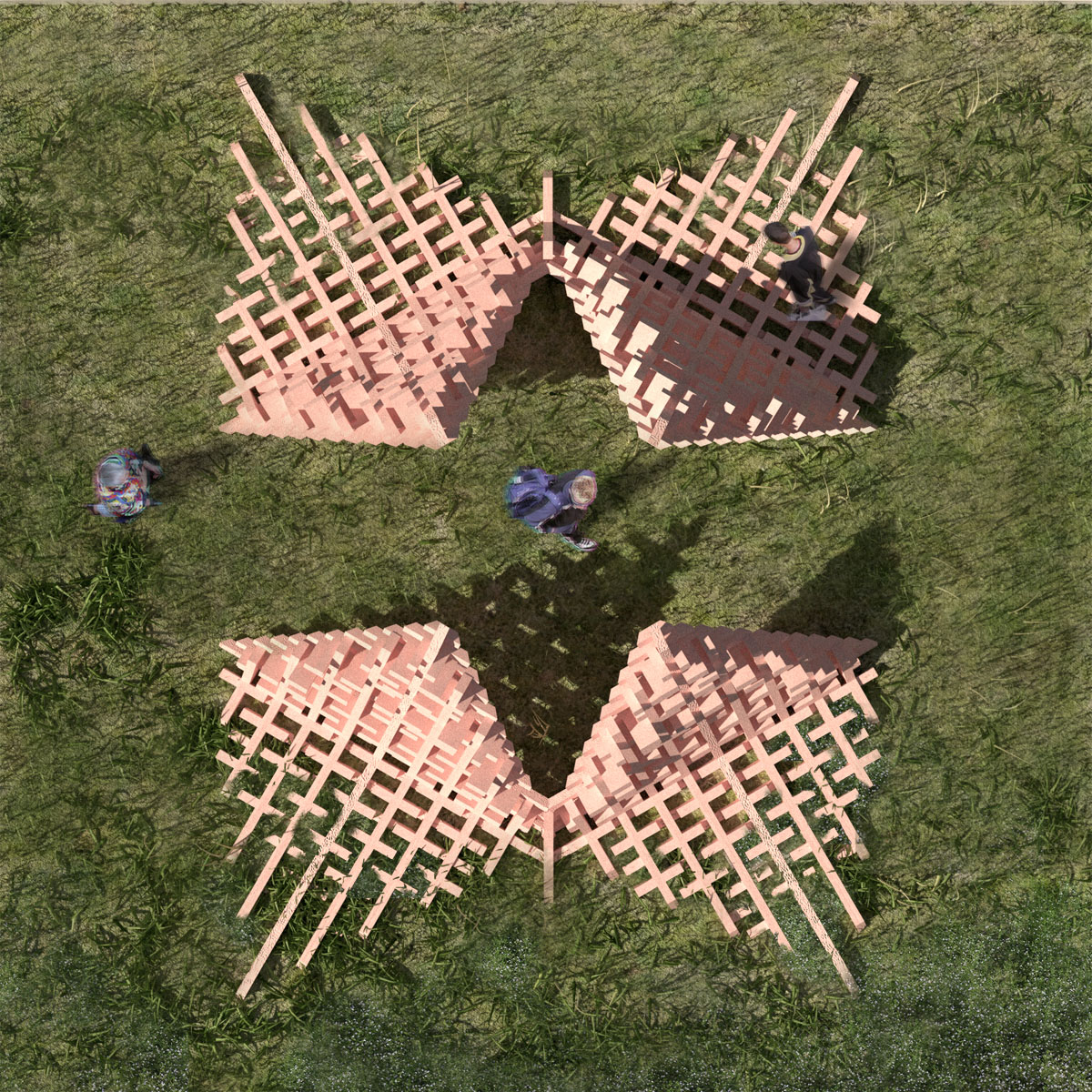 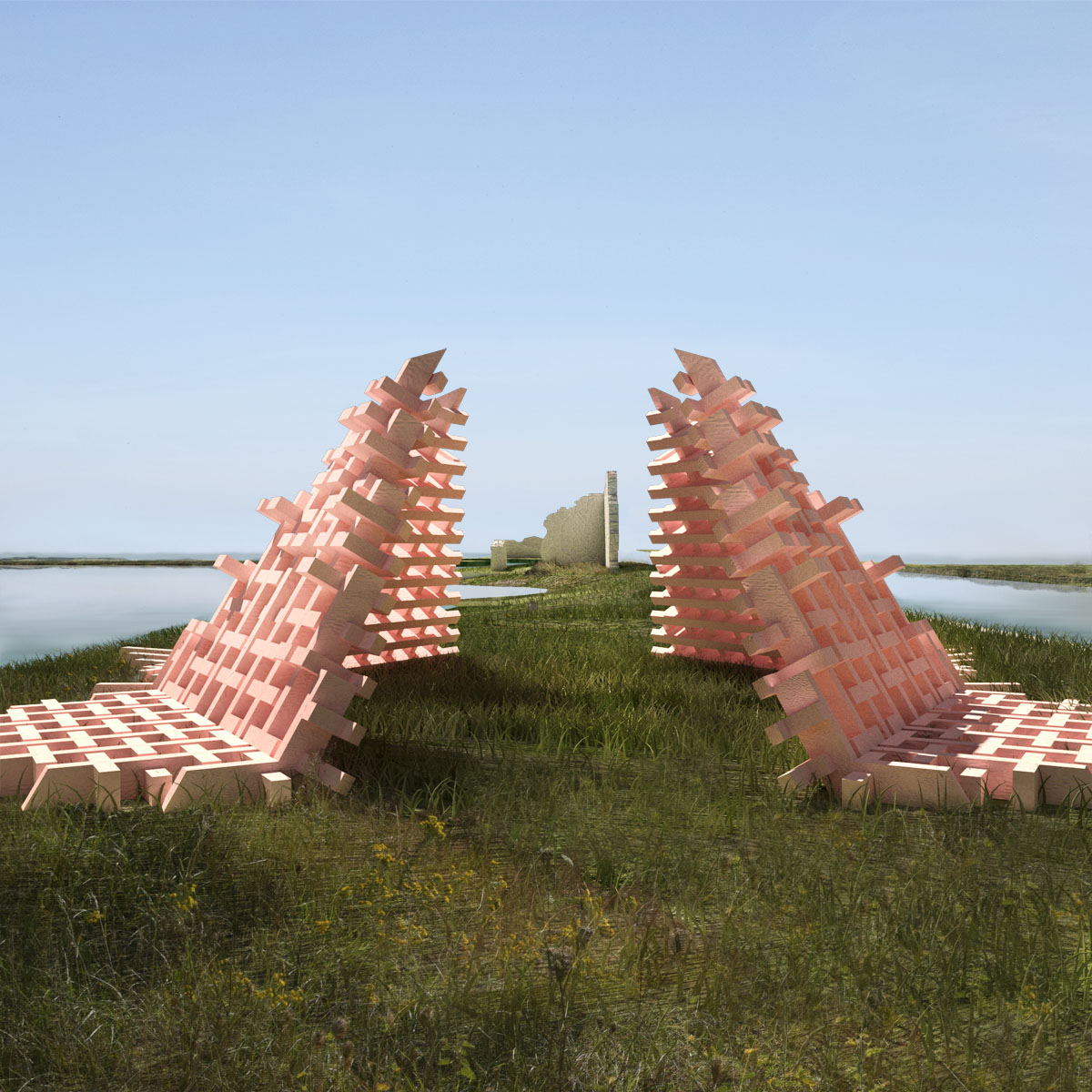 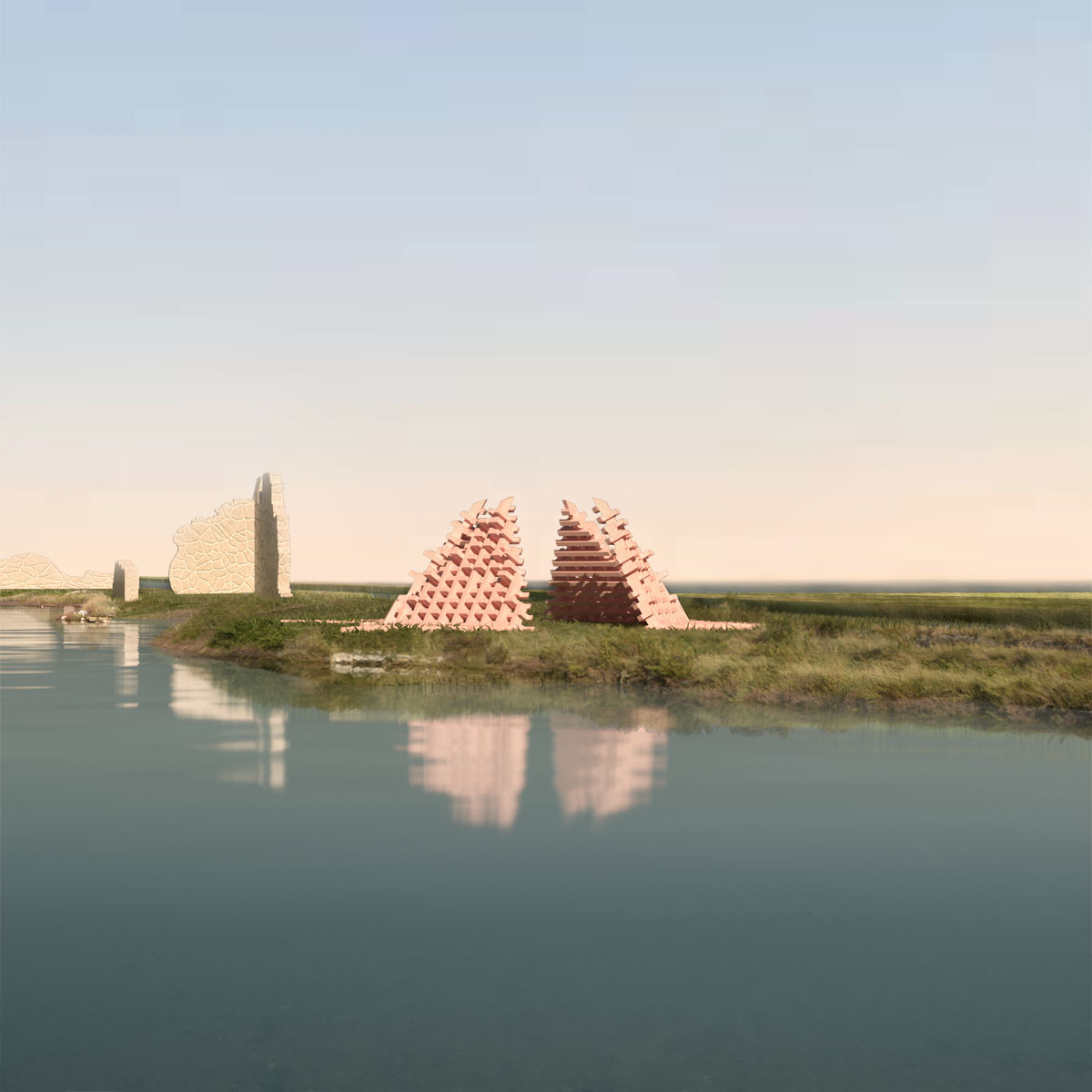 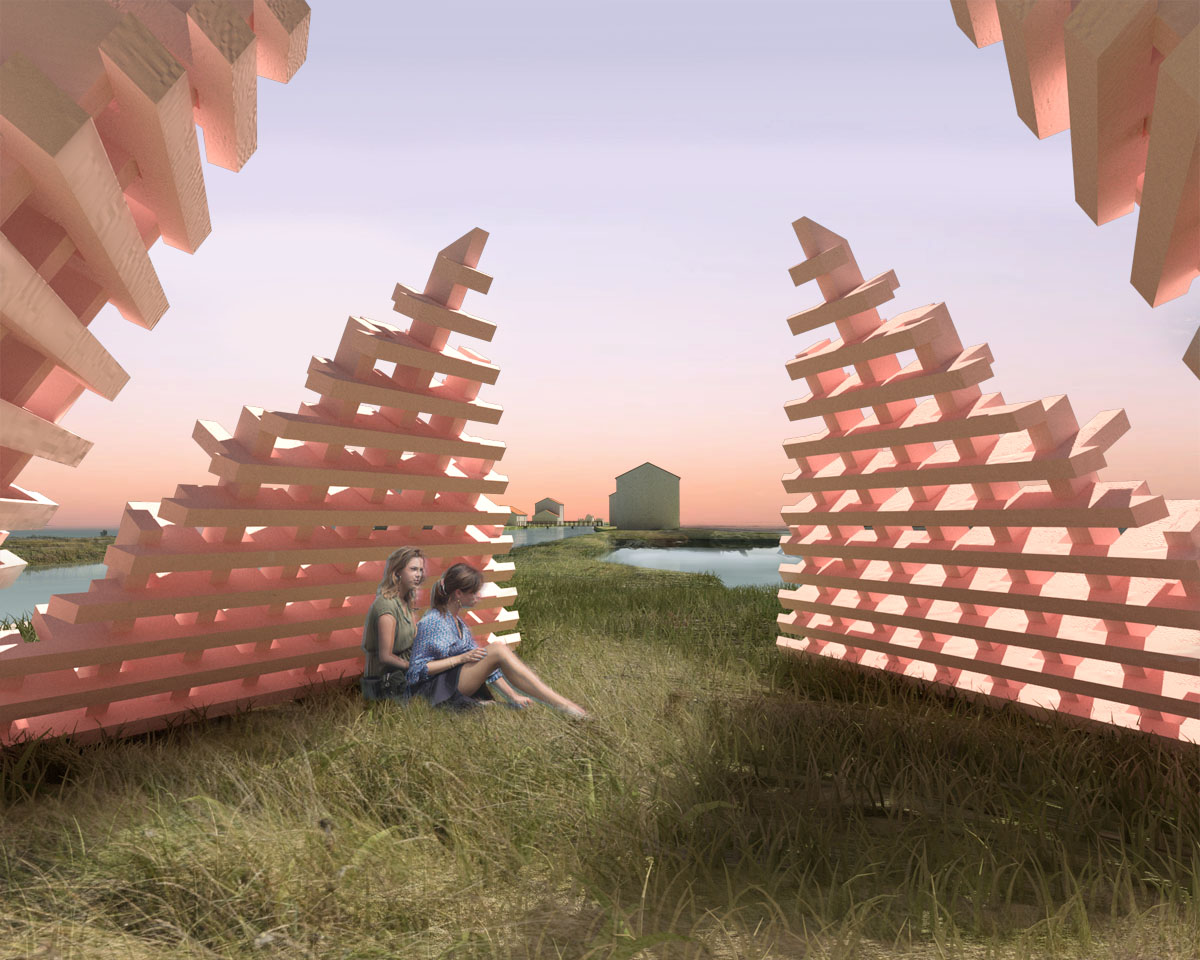 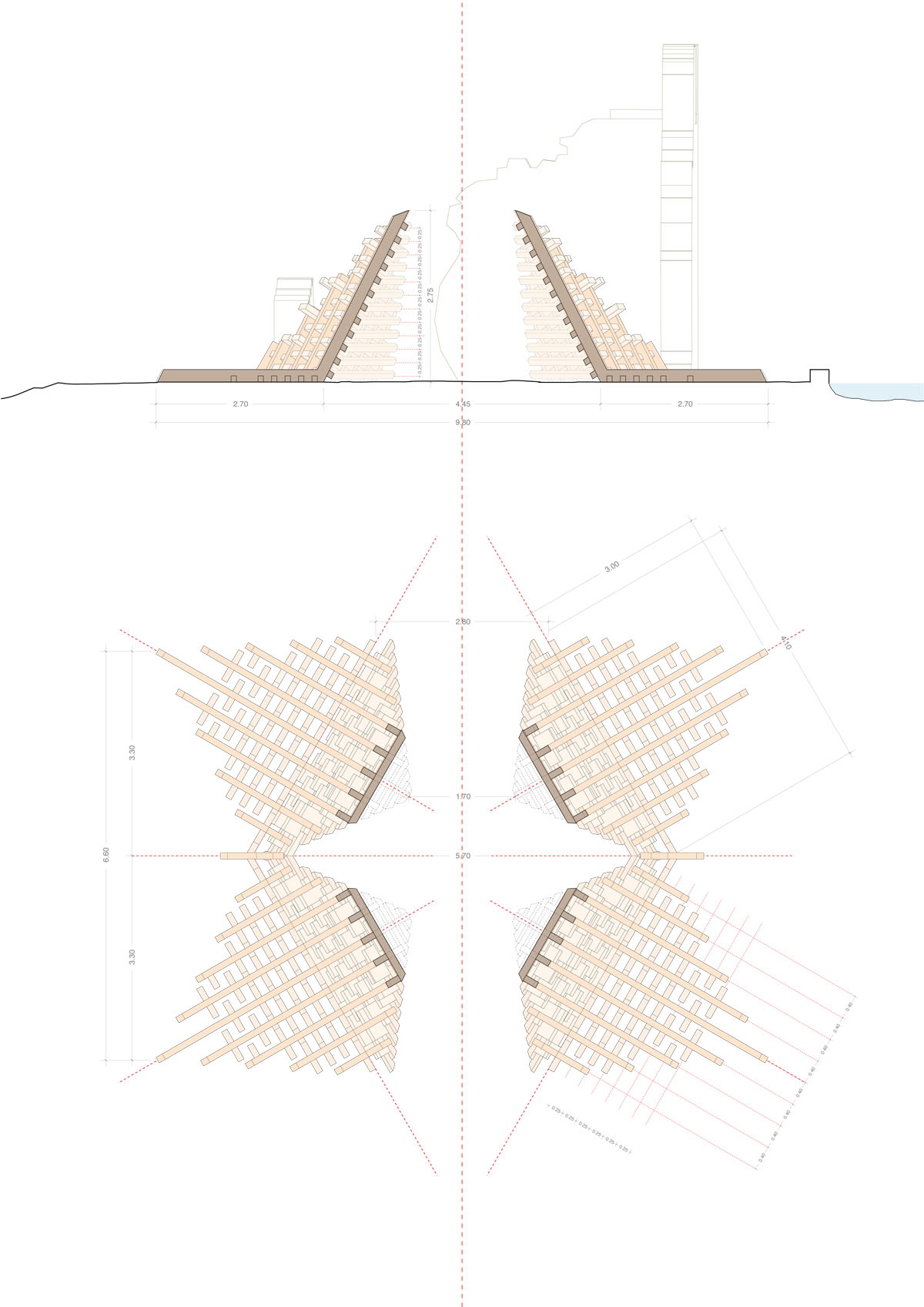 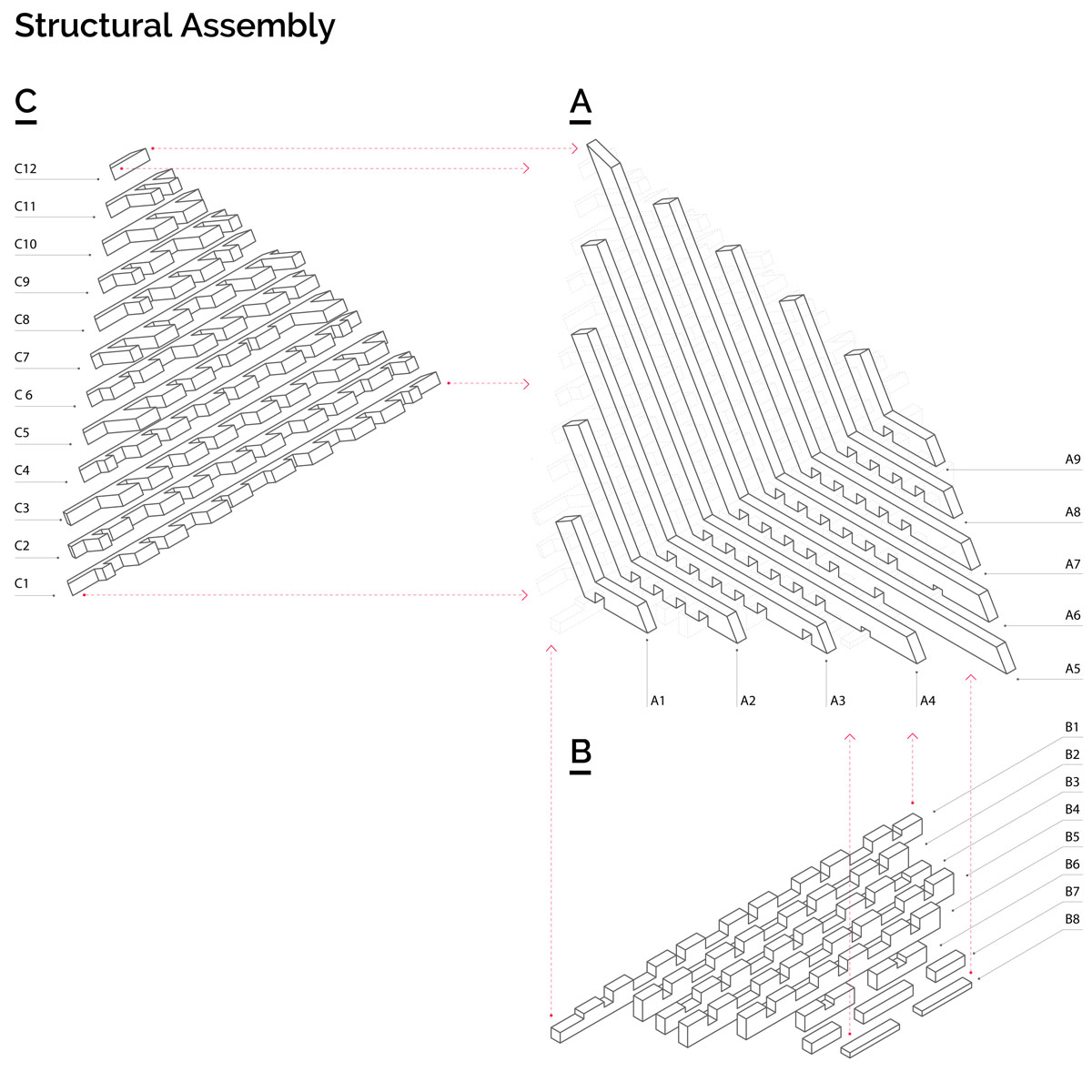 Salt-harvesting is a unique part of the identity & heritage of Piran. In the Fontanigge where salt-farming is no longer practiced, it has left a unique natural landscape that is iconic for the region. Yet the houses there, full of cultural significance, are gradually crumbling away.

Our aim is to revive interest in the site, the ruins, and salina landscape as a cultural resource by inviting visitors to pause and consider three snapshots of time:

The Pink Salt is a wooden structure inhabiting the footprint where a salt farmer’s house used to be. Made of interlocking CLT panels, its split pyramid form is based on the crystalline form of sea salt.

The split pyramid is a void that invites pause, like an intersection of time & space. It visually frames the ruin of a salt-farmer’s house on one side and the salt-making museum on another side. Gaps between the pyramid sides allow the dramatic landscape of the salt pans to peek through. The outside slope of the pyramid can accommodate lounging or climbing, as visitors like. Its pink color is somewhere between the reddish roof tiles of the restored houses and the grey stones of the ruin. The juncture provokes reflection of the site’s past, present & future.

The inspiration for the form of the structure is derived from the simple act of sweeping salt into a mound. The structure is based on the basic crystalline form of sea salt. The sculpture consists of 4 identical modules placed to form a pyramid like structure. Each module is a faceted geometry of two triangles made with interlocking CLT parts that have been CnC cut from 10cm thick panels.

From afar, the pink colored pyramid and its faint reflection in the shallow water, subtly reminds the visitor of  the salt mounds that once stood there. From within, the sculpture creates choreographed views of the ruins, the museum and the salina landscape.