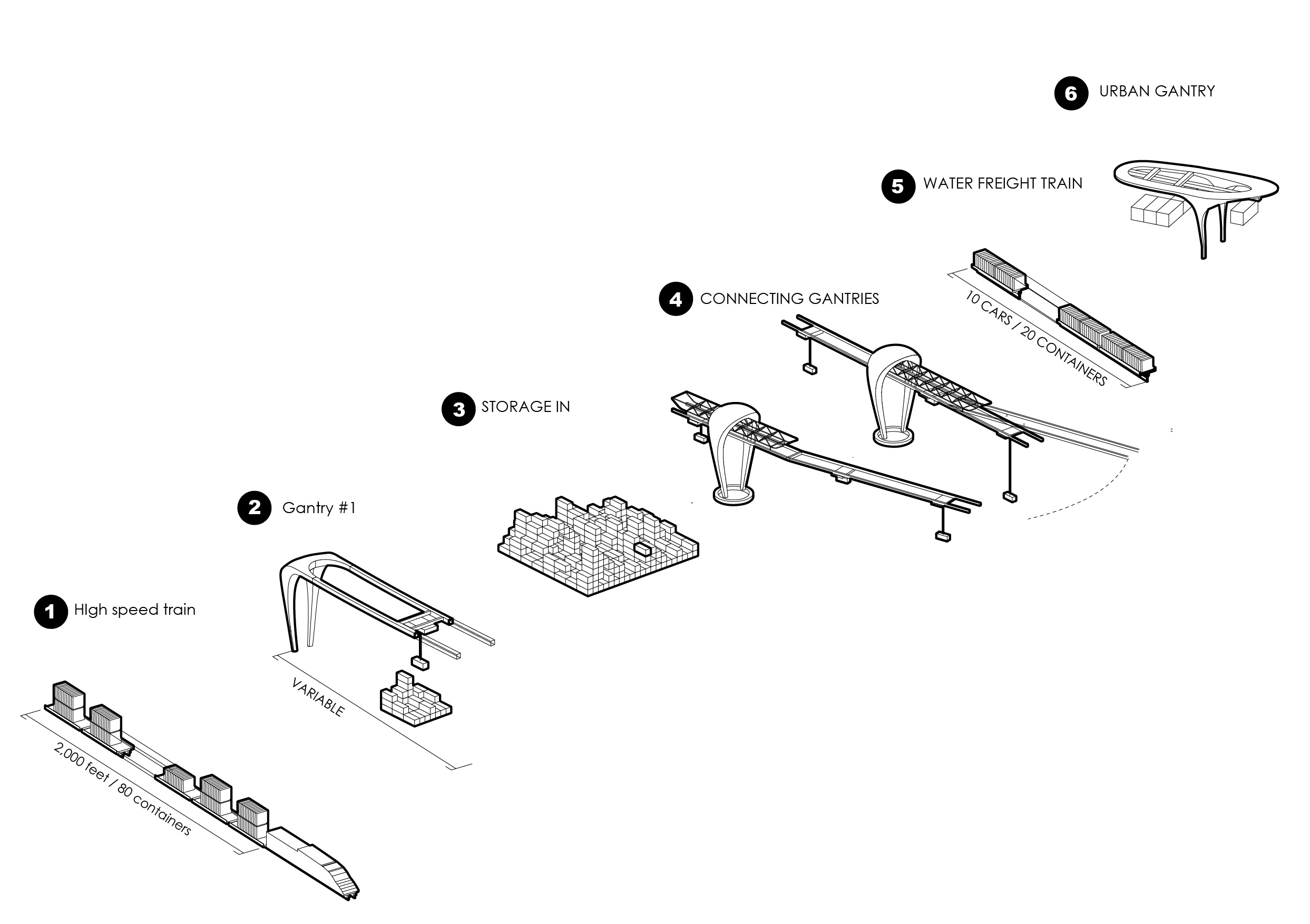 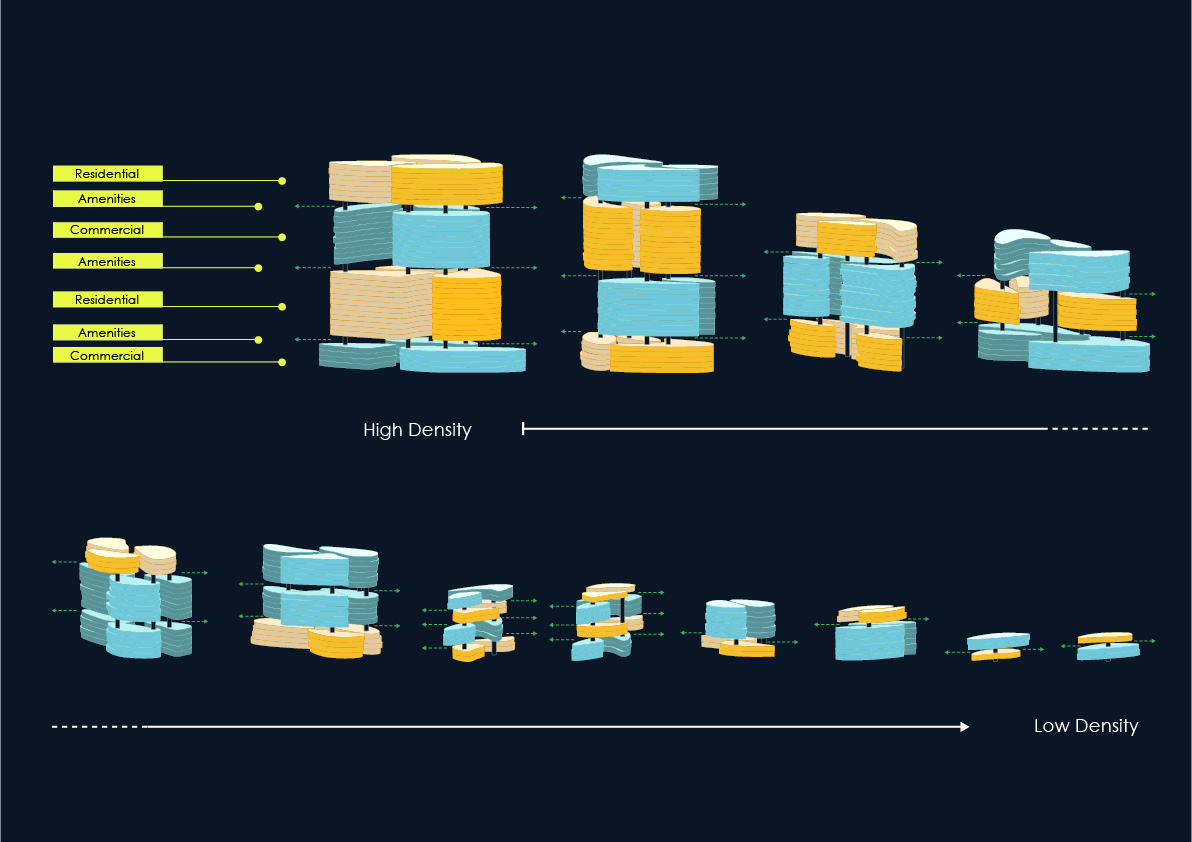 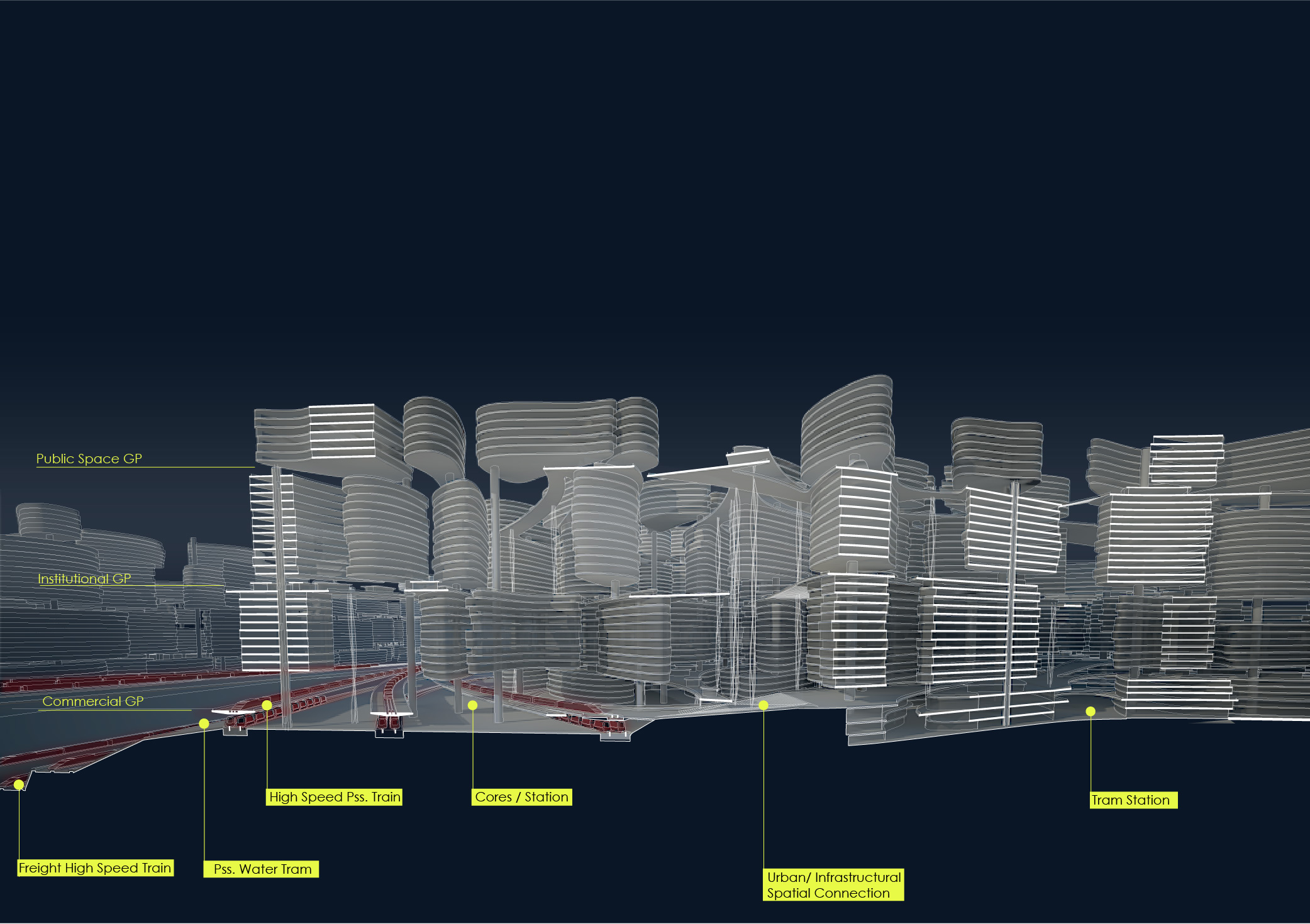 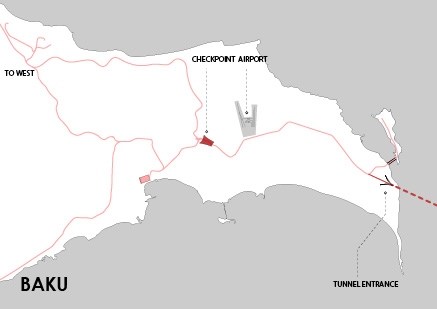 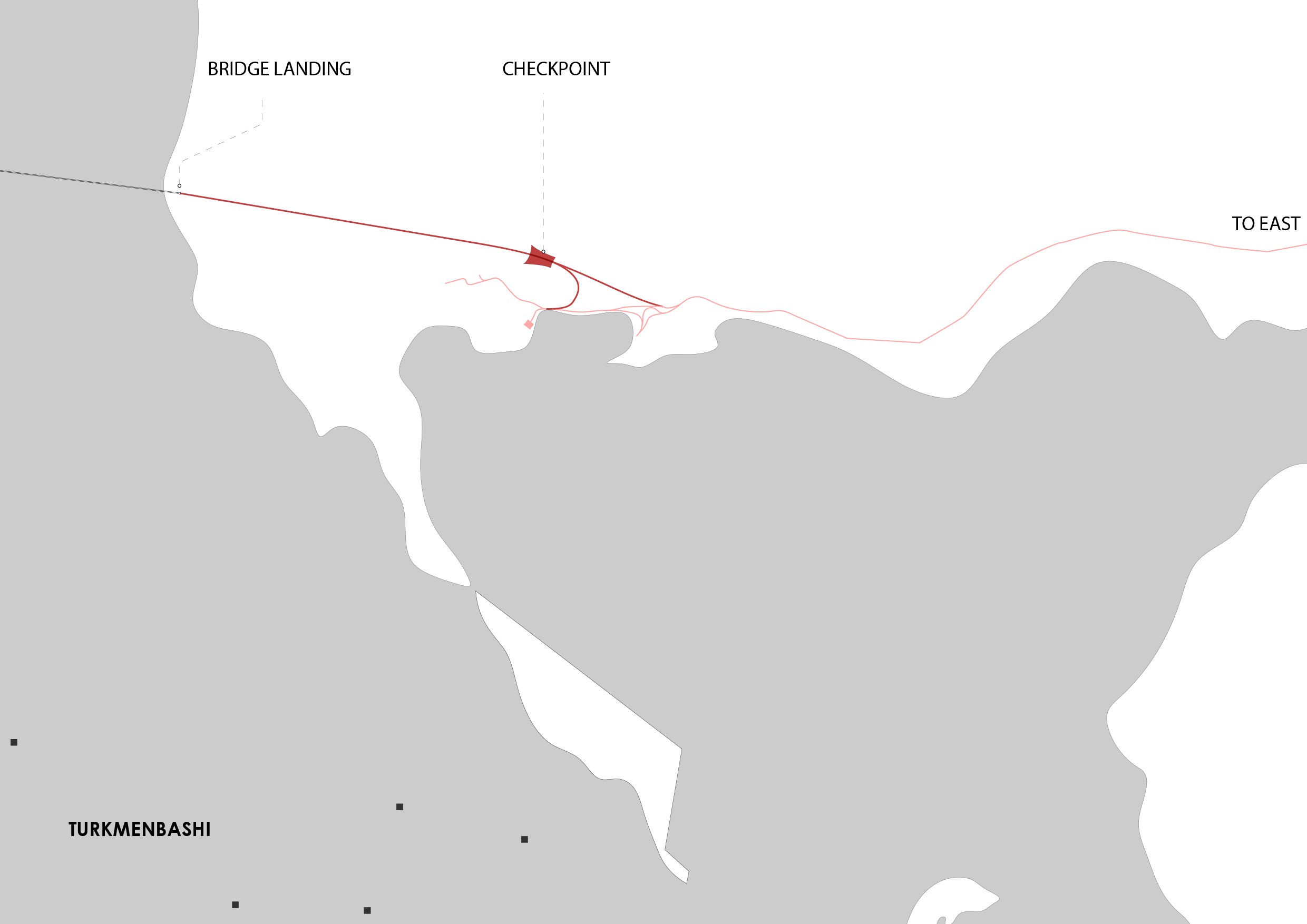 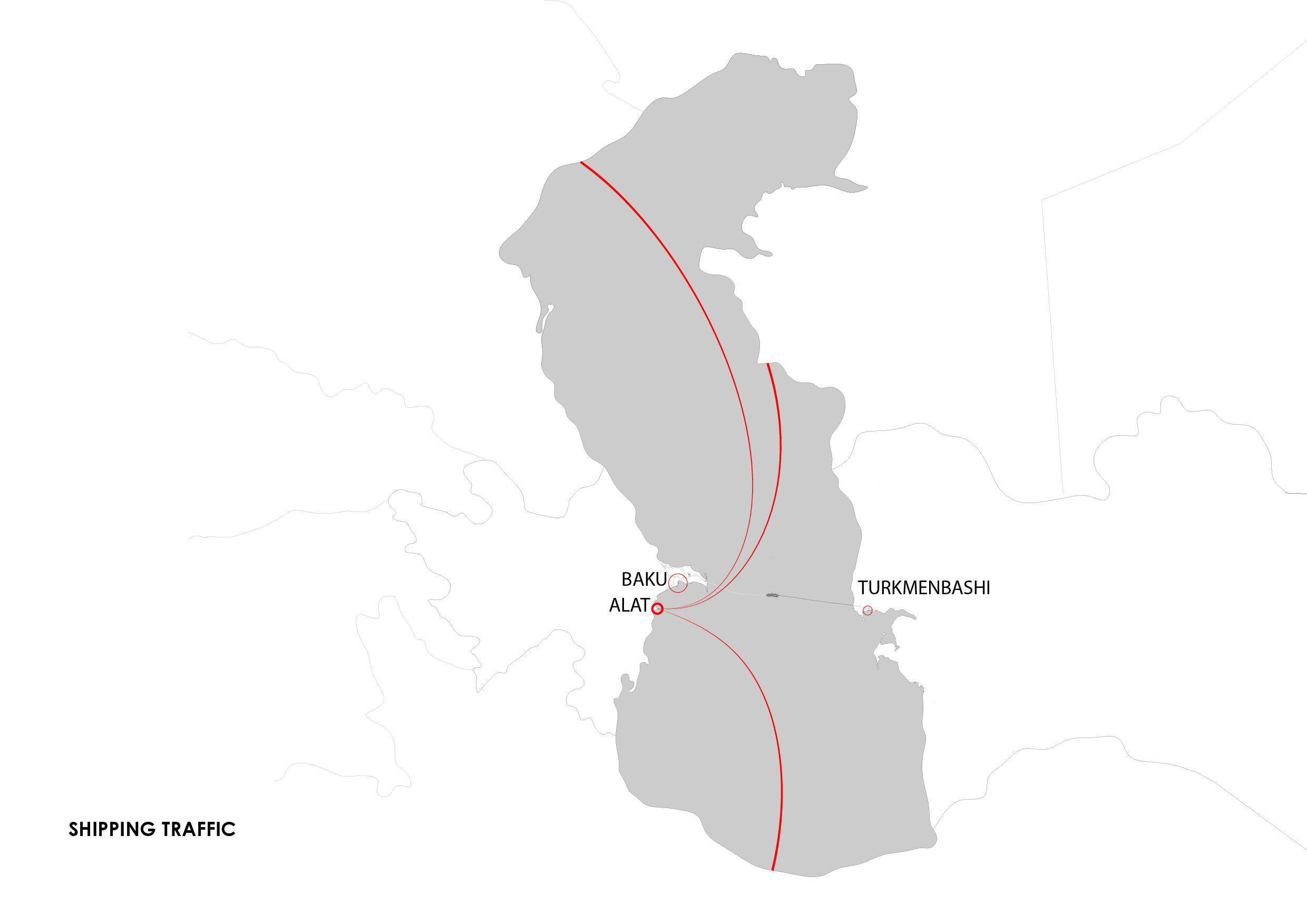 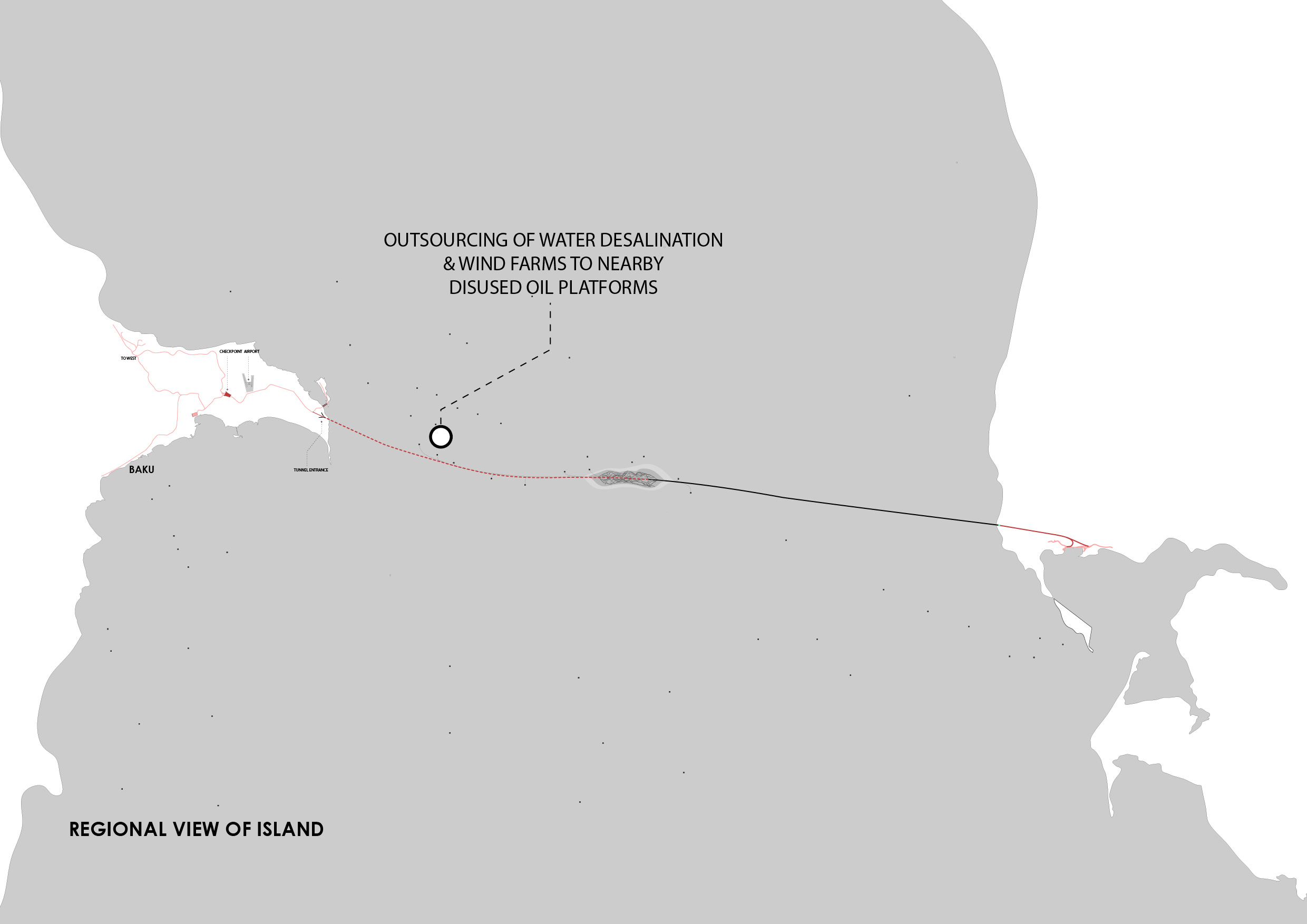 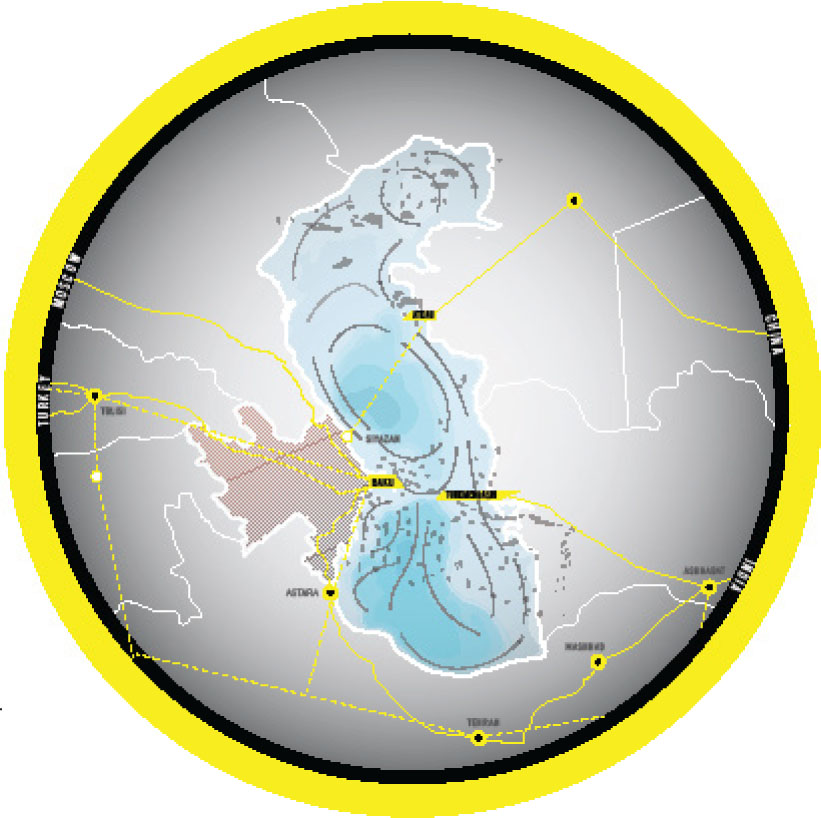 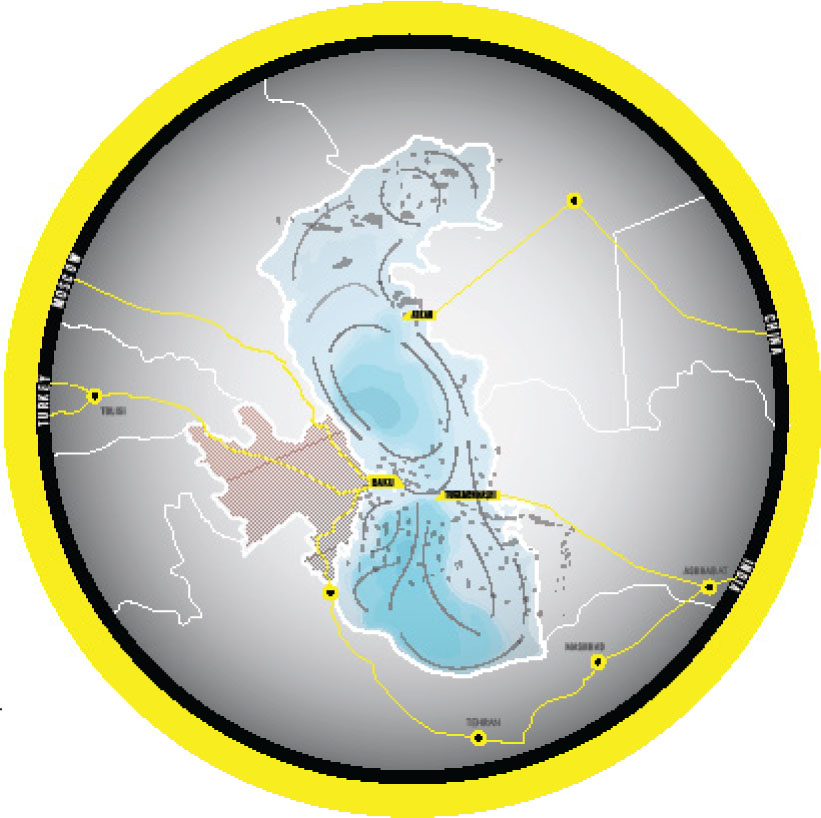 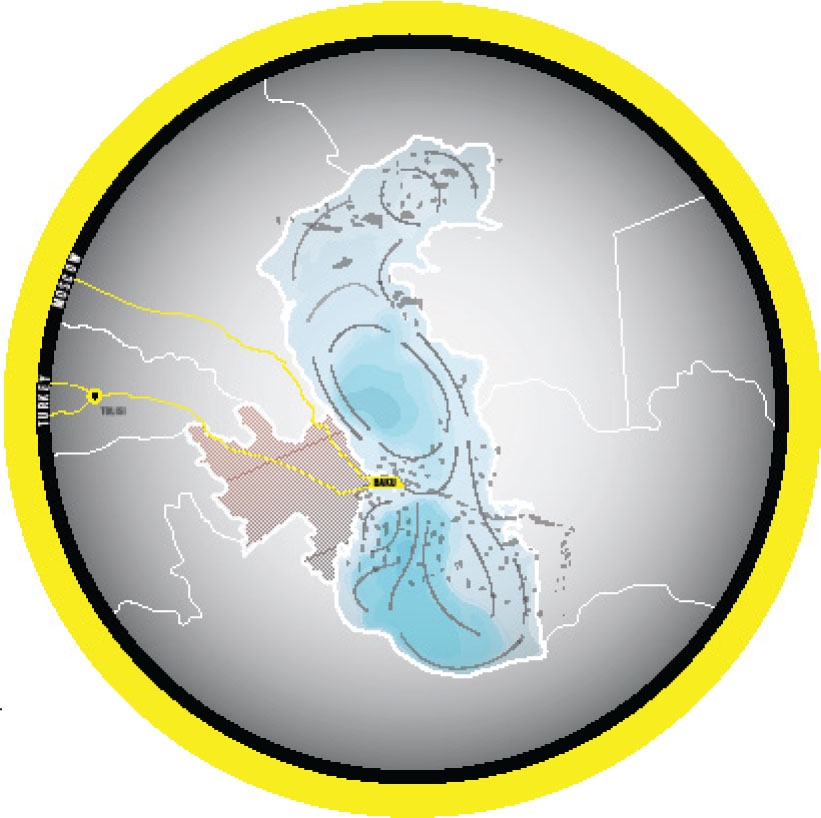 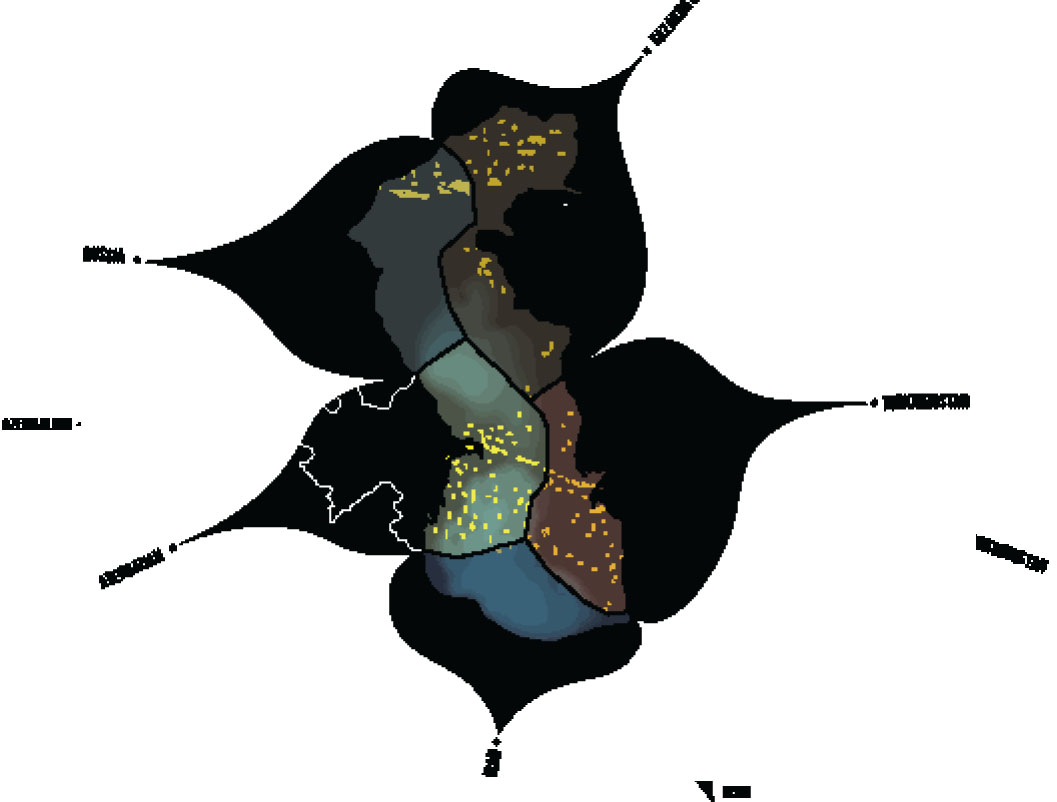 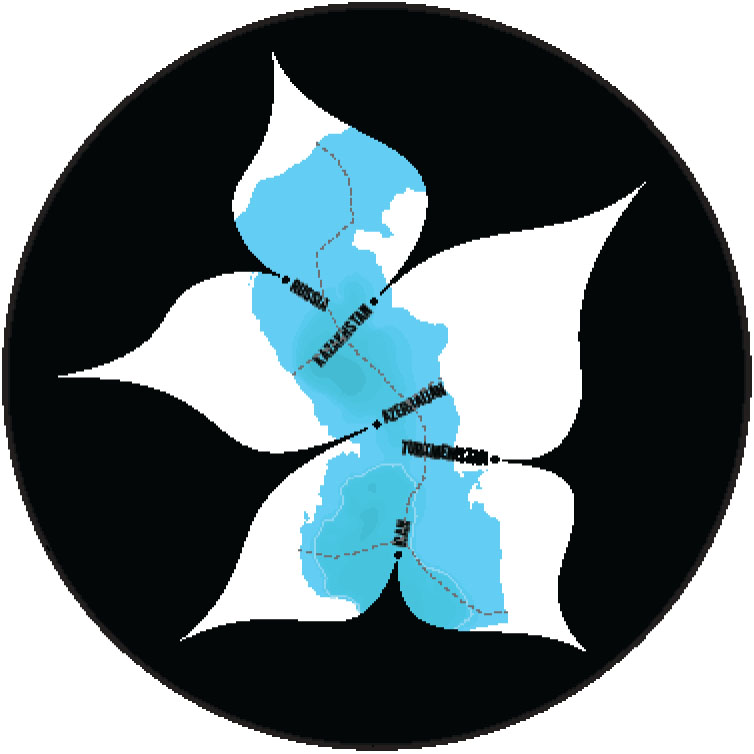 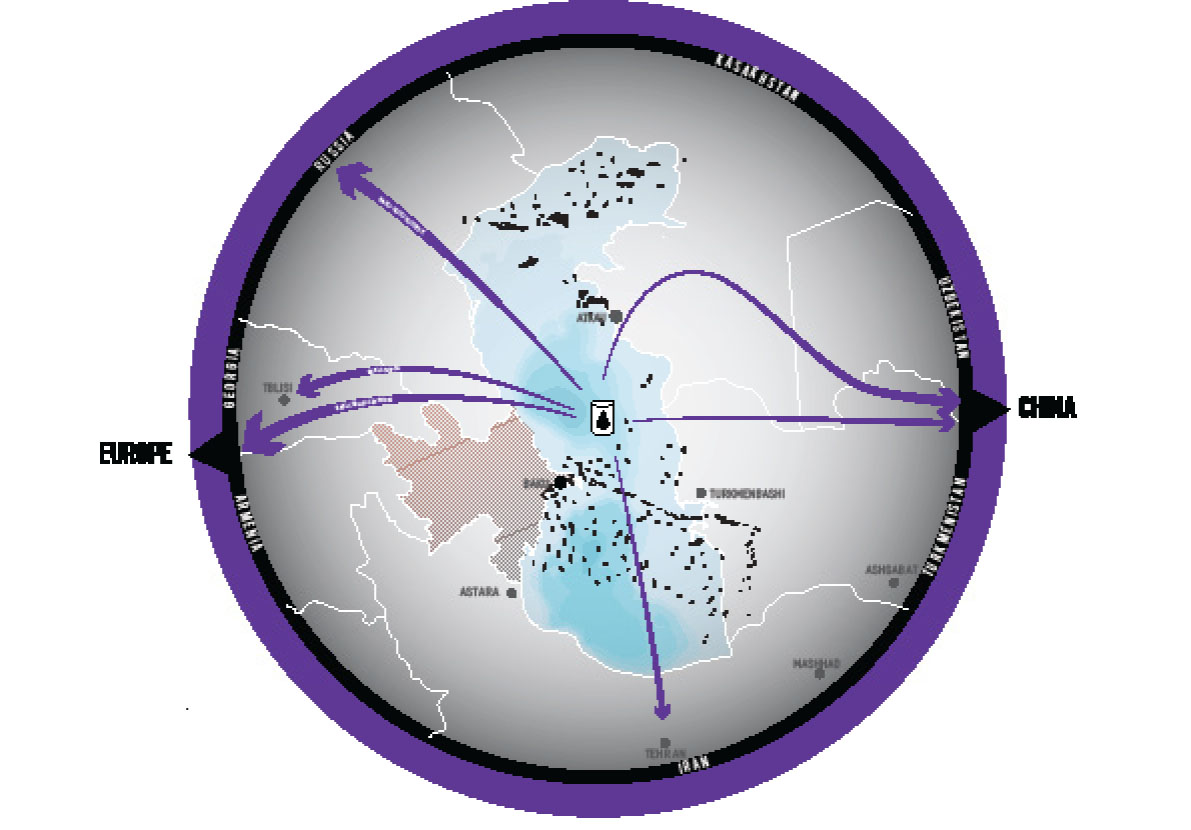 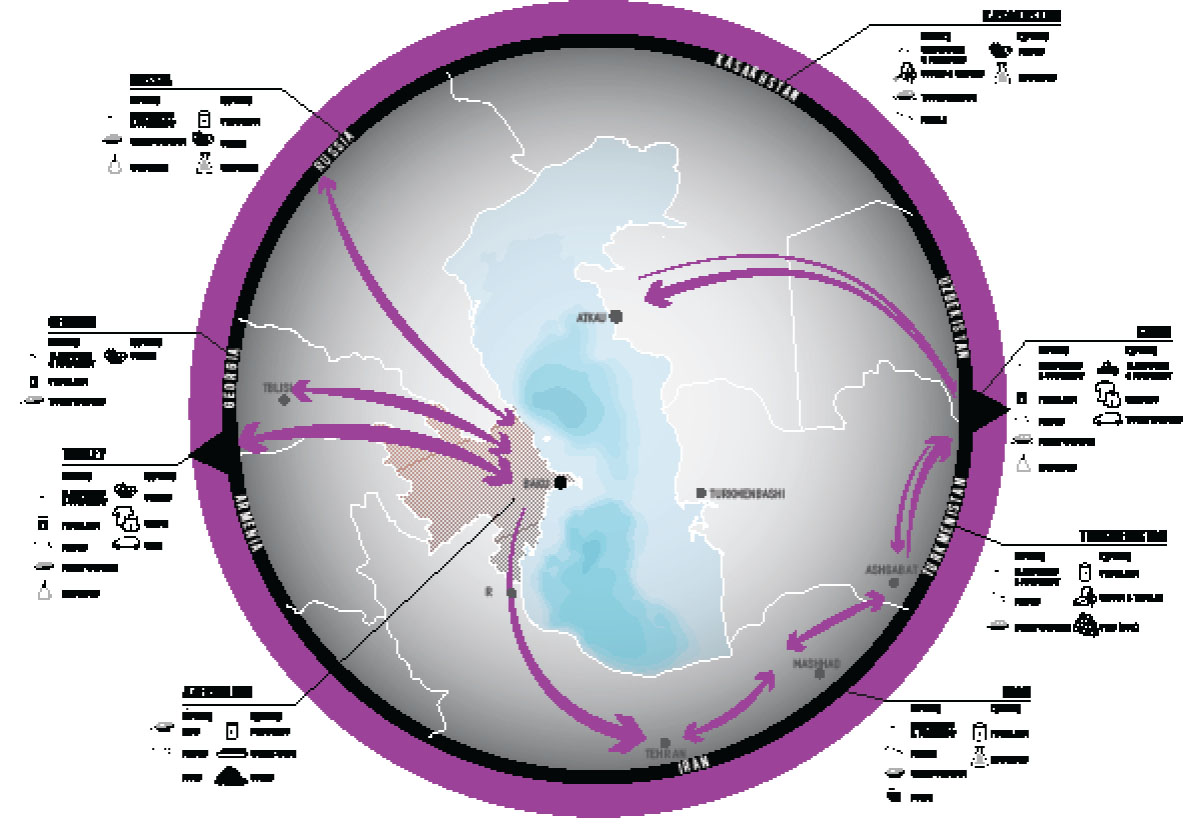 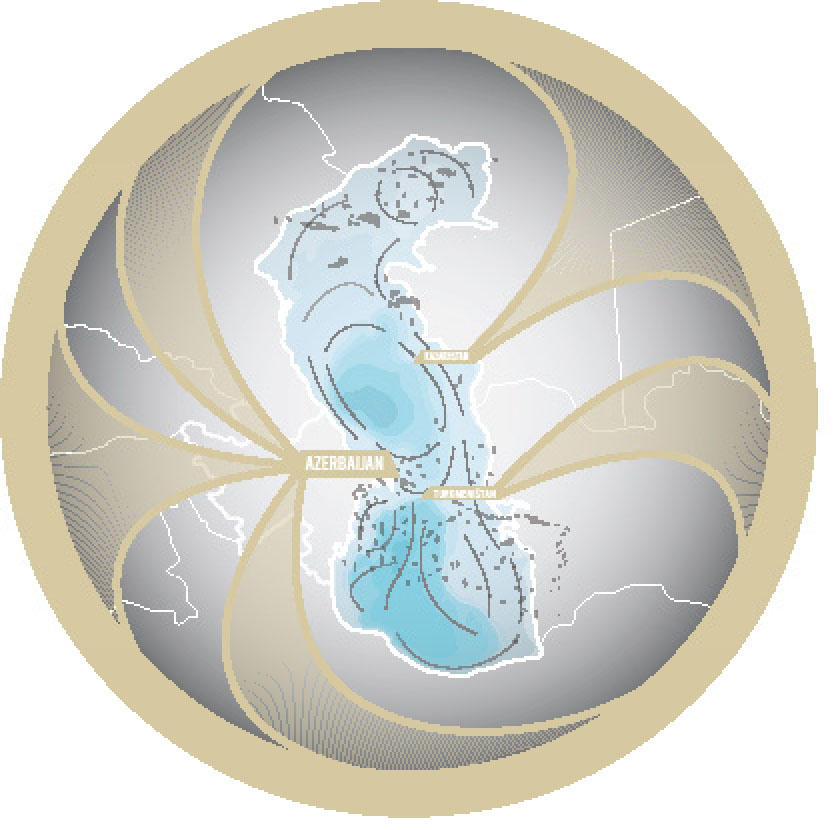 Once home to caravanserai on the historical Silk Road, Azerbaijan’s identity has always been linked to its role as a connector between East and West. Today that role, and thus that identity, has diminished. Even to connect with its biggest trading partners in Turkey, Germany, and China, it relies on a convoluted system of slow railways.

High Speed Island addresses this inefficiency in the movement of goods by proposing that the nations bordering the Caspian Sea collaborate to create a new transportation hub, situated in a tax-free zone in the middle of the Sea.

By opening new gateways for the region, this economic platform would support the exchange and synthesis of goods, ideas, and people rather than only extraction of natural resources. The project aims to be a catalyst for production in the region by facilitating cross-border flows of people, goods, capital, and information between east and west.